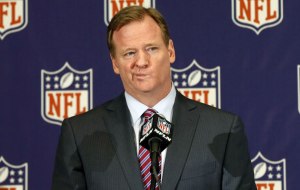 BALTIMORE, MD — In the wake of Ray Rice’s domestic abuse scandal, and with Adrian Peterson’s impending child abuse allegations, the NFL is officially broaching subject matter that is impossible to joke about without looking like a huge asshole.

Saturday Night Live Executive Producer, Lorne Michaels, said, “With our 40th season of SNL coming up, we would’ve loved a light-hearted NFL drug scandal, or if it came out that Ray Rice has an over-the-top obsession with his feet. That would’ve been material we could have satirized, but domestic and child abuse, no thanks. I think we’ll stick to poking fun of political leaders’ weird sexual encounters.”

SNL isn’t the only comedic entity that is disappointed with the radical nature of the NFL scandals. Internet writers everywhere are at a loss for what to do with the violent acts that have fans in an outrage.

“I had an article titled, ‘Ray Rice Says He’s Just Bad at Giving Hugs,’ it was shot down, and I was told to clean out my desk,” said former Onion writer, Stan Saunders.

“Between the murder in the Middle East, war, and abuse, it’s hard for me to hear the laughter,” said Clickhole writer Janet Lampry. “I wrote an article called, ‘Blame the Tree Branches: an inside look at what’s really behind child abuse,’ and then ended up going home early, and watching Schindlers List while polishing of a quart of Walmart brand ice cream.”

Buzzfeed contributer, Laura Wilcox, said, “Here’s an article title, ’12 reasons why I want to die,’ here’s a clue, the NFL is 11 of them.” 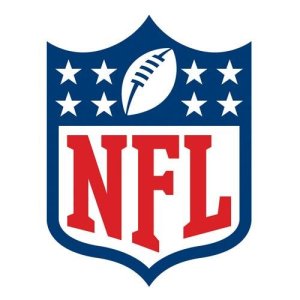 Last weekend capped off the first week of preseason football games, and with it, all the excitement of football being back. In fact, fans spoke out about how thrilled they were to see their favorite teams up suit up and get back on the field.

“I get to see a bunch of players vying for practice squad spots, I guess,” said NFL fan, Chris Casan. “Preseason football is like the Columbus Day of spectator sports, it’s just kind of there and no one gets off work.”

During the first 16 preseason  games, a whopping 12 were decided by 6 points or less. That accounts for more close games than in any single week of last year’s regular season.

“The games are probably close because no team cares if they win or lose, ” said Trip Bagwell, another NFL fan. “They just want to make sure the game doesn’t go to overtime.”

The return of full, four quarter football games has people buzzing, “I got caught in traffic and missed the first 5 minutes of the game, and by the time I turned on the TV, Drew Brees was already standing on the sideline with his hands in his  pockets,” said Bagwell.

In addition to star-studded players wandering the sidelines and providing answers to hard-nosed questions like “What do you think your team’s ceiling is this year?” fans will be able to watch players from schools like Middle Tennessee State and Louisiana-Lafayette return punts for five yards.