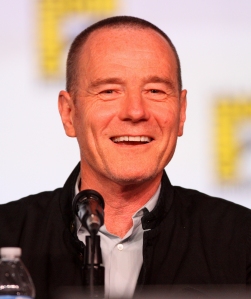 LOS ANGELES, CA — After winning yet another Emmy this past week, Bryan Cranston has turned his attention to another Vince Gilligan project, entitled “Breaking Bass.”

“Everyone thought Walter White died at the end of Breaking Bad,” begins Cranston. “But really we were gearing up for a whole new show: Breaking Bass.”

According to Cranston, Breaking Bass follows Walter White’s transition from a witness protection program to a full-fledged bass fisherman. White will begin his journey in Louisiana, starting out as a small-time bass fisherman, until he eventually enters some tournaments and becomes one of the leading bass fishermen in the nation.

“We’re all really excited about this idea, and you can be sure there will be some familiar faces. Aaron (Paul) will be back, helping Walter bait his hooks, net his bass, and steer his boat. Fans are really going to love what we have in store,” said Cranston.

We reached out to Breaking Bad creator, Vince Gilligan, for comment, and he said that no such show was ever talked about, nor would he ever entertain the idea of making a bass fishing spin-off of Breaking Bad.

Bryan has really lost his mind since the show. He’s become obsessed with bass fishing,” said Gilligan. “He started leaving me voicemails pretending to be a bass fish, saying ‘Please Vince, can’t I have my own show?’ and he would email me memes of fish (pictured) with sayings like, ‘this show will get you hooked.'”

Cranston said to be on the lookout for Breaking Bass in 2016, saying, “We really hit the ground running with this fantastic project.”

Gilligan responded, saying, “No. This will never happen. No, no, no. I’m sorry Bryan, but no.”