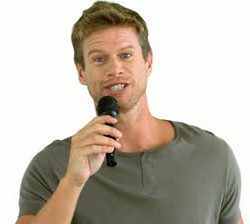 JACKSONVILLE, FL — Abraham Terry passed away last week. His funeral was held this past weekend, where his friends and family celebrated his life. Things got a little uncomfortable when Abraham’s brother, William Terry, delivered Abraham’s eulogy.

“William’s eulogy was a little awkward,” said his wife, Nina. “He’s been trying to break into the stand up comedy scene, and I guess he thought this was an opportunity to present what he’s been working on.”

William’s jokes ranged from impressions of his brother, to belittling his wardrobe, a lot of movement and gesturing around the sanctuary, and even some “give-and-take” involving his late brother.

“The worst was his ‘you know you died from a heart attack when…’ bit,” said Barry Caine, a friend of William’s. “The key to a good stand-up comedian is reading your audience, and well, Will has never had a clue when it comes to social cues. One time he thought it would be a funny gag to dress up like Ted Bundy for Halloween.

“I thought it went well, ” said William. “Obviously with comedy you’re not going to land every joke, but I’m pretty sure I nailed a few, and I definitely killed the delivery. Pun intended! I think Abe would have loved it.”

William’s mother and several other family members could be seen crying throughout the majority of the eulogy, and by the end, his Uncle Larry was visibly fuming.