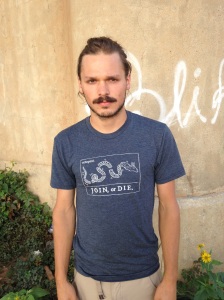 ASHEVILLE, NC — Derek Loy has been living the hipster lifestyle for the past two years, but after his bank account began to dwindle, he reverted to mainstream customs.

“I tried my best,” said Loy, “I really did. I was juicing regularly, eating local and organic, and was doing my best to only drink craft beer. Unfortunately, my bank account just couldn’t handle hipster living.”

Loy said the added stress on his bank account caused him to revert to a more conventional lifestyle, that he enjoyed in his pre-hipster years.

“All the stuff I was doing was great. Kale salads and IPA’s are delicious, but you know what’s also fantastic: cheap stuff. Bud light, frozen chicken and pizza, Coke. Was I saving a lot of money on clothes? Absolutely. I mean, I was buying stuff from thrift stores that homeless people probably wouldn’t wear. And, because I rarely showered, my water bill had never been lower, but those discounts pale in comparison to the money I save when I go to Kroger and buy a half gallon tub of ice cream, instead of chive and lentil flavored froyo from Whole Foods Market.”

Loy said he also has enjoyed hobbies that he wasn’t able to partake in the past two years including playing golf, and being able to talk about football with friends, as well as cleanly shaving his face.

“Do I miss hanging out at a brewery, drinking with a scarf on and talking about Radiohead tattoos? Actually, no. No I don’t. I’m finally free to go to a Buffalo Wild Wings and watch sports on Sunday, while drinking a giant Budweiser.” said Loy ecstatically. “The ironic thing is if I didn’t make this change, I would have been close to living out of my van, which would have made me a god among hipsters.”

After his profound endorsement of his common lifestyle, Loy proceeded to dip a corndog in chili and said, “This is the best I’ve felt in years.”

386 thoughts on “Hipster Finds Lifestyle Too Expensive, Reverts to Mainstream”